What is more scary? Rollercoasters or Scary Movies? 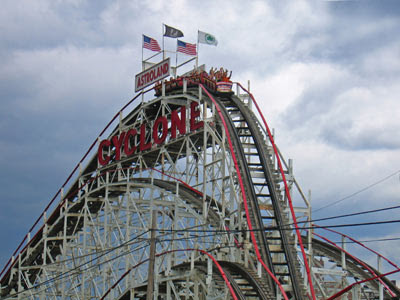 I know many people who would way rather ride a scary ride than watch a scary movie.

Larry doesn't really like either. He once walked down the middle of Center Street at night by himself so he could stay in the street lights because he was so scared after seeing Dracula.

The only movie that I have ever watched that actually woke me up because of a bad dream was this one: 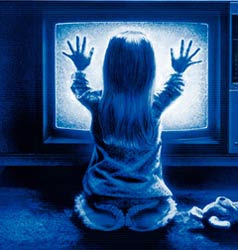 Scary movies I remember watching as a kid:
Classic Scary Movies (that I've seen):
Really dumb scary movies:
This Halloween I'm going to watch the Changeling (the original) and I'm excited cause I hear it is good. What do ya'll think about my list? Am I forgetting any?
Posted by Katy at 9:20 PM

Scary rides are SO MUCH better than scary movies. Scary movies stay with me forever, the ride just becomes a fun memory.

never ending story (ALL OF THEM)...they freak me out!

I agree with Azucar, rides are the way to go. Although I dig both.

Another vote for scary rides.

'Watcher in the Woods' still freaks me out!

Lady in white is da bomb! I had nightmares for years! I can still hear the music and see the scary dudes face when they are locked in the closet and that one scene when they are in that fancy station wagon! o the torture! I'm sure my bros and sis's loved watching me.

I feel like maybe we watched cujo together at Amber Timm's 5th grade bday party. I am still scared.

When we were kids I liked all the scary movies, I even had a Nightmare on Elmstreet B-day Party.
I got old and I get creeped out more easily. I do remember watching The Exorcist with you and really liking the green spew that came out of her mouth. Sometimes when you go on scary rides, green spew comes out of your mouth!

Oh man...watcher in the woods. I love it, but I think I may be too big a Scard-E Cat for that bad boy now!

First off, the only type of "scary" movies that actually scare me are the ones that are realistic. Serial killers, etc. I usually can't stand all the others.

Also... I actually think you are the one who showed me and Kari Arachnaphobia. I have a serious phobia of spiders to this day. Seriously.

Finally, the one movie on your list that probably made me jump the most is "Wait Until Dark". Classic.

PS- Roller coasters can be a blast, but I think I'm over them now.

I could have sworn I saw Misery at your house in high school and it scared the crap out of me.

Oh yeah! How could I forget Misery! I'm going to add it right now! It's a classic for sure!

Scary Movies are the WORST. Watcher in the Woods still haunts me to this day. I will take a roller coaster any day.