My good friend, Drew Brinley, is starting his second round of chemotherapy this week. I've joined his buddy, Eric Bills, in trying to raise enough money to buy him a nice laptop for him to use while he is in bed at the hospital or at home.

Eric started a facebook group called "Friends of Drew Brinley"
He also stared a blog: http://laptop4drew.blogspot.com/
You can also send messages to drew at this email address: laptop4drew@gmail.com

I know some of you might know Drew (and even if you don't), you may want to donate. Every little bit will help.


I've been touched by the generosity of the blogging world in response to Stephanie Nielson and her husband. I've also included in this post a button to donate to their recovery. You can read about her at: http://blog.cjanerun.com/

Here are some pictures of Drew that I have taken in the last year or so: 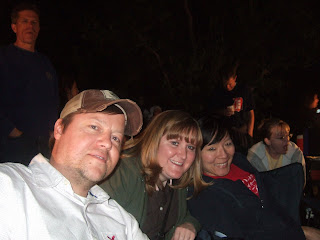 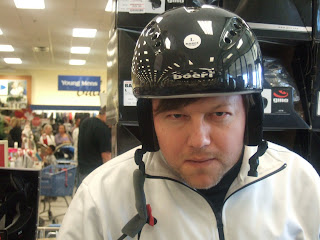 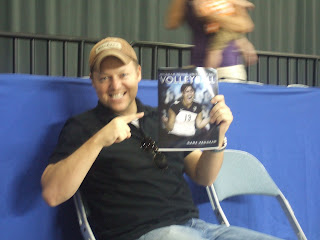 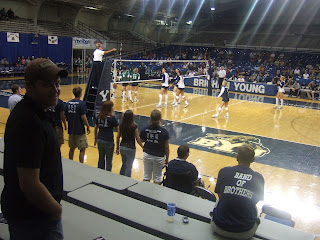 BYU women's volleyball game - Drew's first big outing after the first round of chemotherapy
August 2008
Posted by Katy at 7:13 AM

Email ThisBlogThis!Share to TwitterShare to FacebookShare to Pinterest
Labels: Drew

Thanks for posting this, Katy! Darrin & I both know Drew but didn't know he was battling cancer. "Cancer sucks", reads a pin they gave my Mom when she started chemo, and it's such a true statement. We will have to donate to the fund for sure! Thanks!

Tod and I are both shocked and saddened to hear the news. We really loved having Drew at our house. Thanks for letting us know how to help.