FHE ... catch up
December 6th - I was scheduled to go ice skating with Rachel and her family. However, I caught some nasty something the weekend before and I was so sick I could not even talk so I had to miss that event.
December 13th - Dan's family again. I was asked to give the lesson. It was a lot of pressure but it went OK and I was impressed with how much my nephews knew about the gospel. We then played some egg cracking game and then psychiatrist. 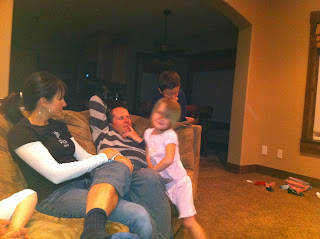 December 20th - This night I babysat for Ann Dee and Cameron so they could enjoy a night out for Ann Dee's birthday. Kari (one of my adult nieces), Van, and Asher and I drove all over Provo while Asher sang Christmas carols and Van played Angry Birds on my ipad. It was a blessed FHE.
December 27th (today) - I forgot to take a picture but I had dinner and FHE with the Gardners. It was a blast. The lesson was team taught by all four boys about Daniel and the lion's den and how we should have faith in  God. I was in charge of the opening and closing songs. I chose "Once there was a snowman" (opening) and "Follow the Prophet "(closing). It was a bit awkward cause I didn't really know the verses to "Follow the Prophet," just the chorus but luckily Jackson knew the words to the verse about Daniel and the lions den so it worked out OK.
Other things ...
Basketball is in full swing. I had a fun trip to Grand Junction, CO for a tournament with these girls. 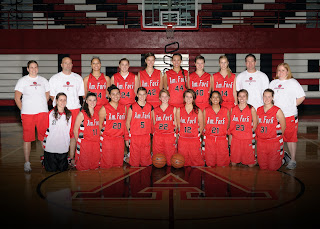 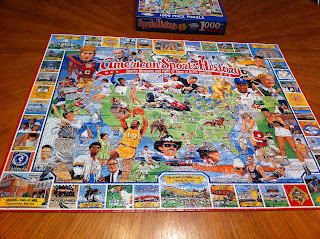 This was Tommy's attempt at winning over every little kid in the family. Buddy the elf was much more of a hit than Santa would have been. 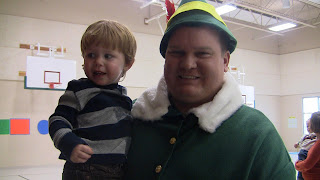 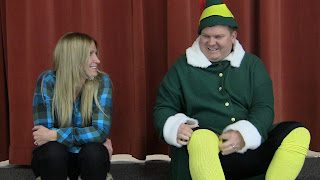 Would this picture be the same without the laptop showing some movie about racecars? 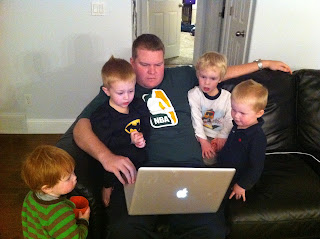 New Year's Resolution post coming soon. Check back if you give a flying rip about my goals in 2011.  2010 was a crazy year with a lot of good and hard times. I'm grateful for both.
I also have about 5 Cooking For One episodes I need to edit and post.
Posted by Katy at 9:53 PM No comments:

This last Monday night was FHE at the Baxter's house. We read from 3 Nephi 1 and Luke 2 and the kids got to put together all of Lisa's nativities (she collects them). Then we had Moravian sugar cookies (that I brought from North Carolina) and cinnamon egg nog. It was a very pleasant evening and I love Lisa's collection ... check out a few of them in the pics below. 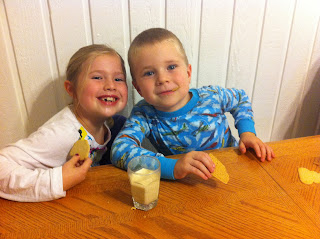 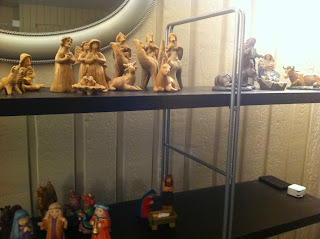 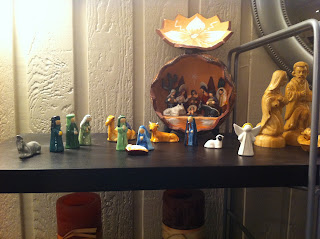 Best ThanksGiving Ever - North Carolina With the Hendersons
Tuesday morning ... visit to Lewisville Elementary so Jane could give her classmates homemade pumpkin cookies. 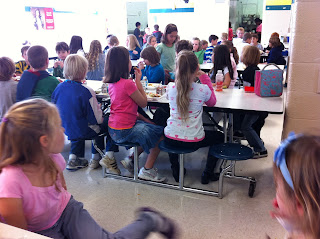 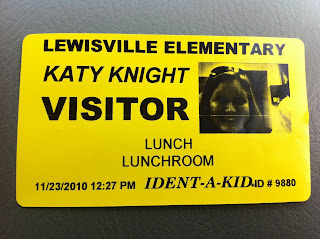 Tuesday evening ... trip to Old Salem where I learned about Moravian star and cemeteries. 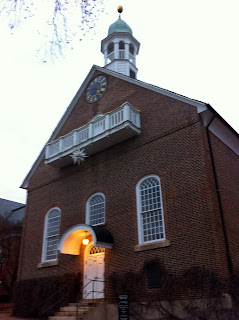 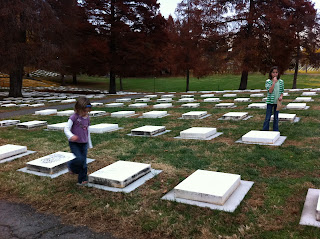 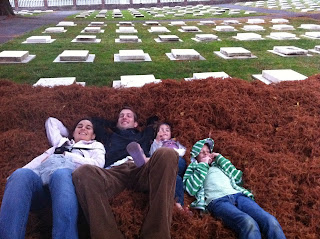 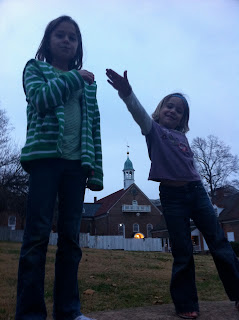 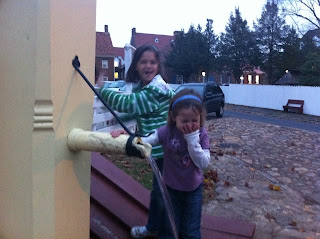 Wednesday morning ... weather was so beautiful that I wore shorts. We went on a nice long walk along Muddy Creek.

Wednesday afternoon/evening... we hiked around Pilot Mountain (see pics).  In the evening we sat around the fire in the pit that Duane built in the backyard and enjoyed great conversation. It was so nice and relaxing. 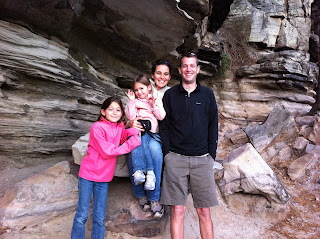 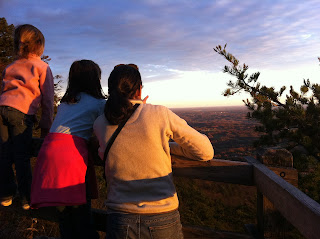 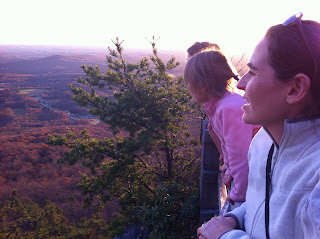 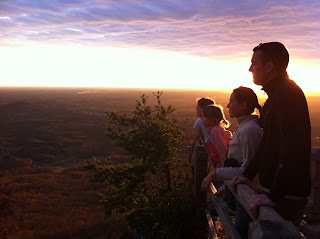 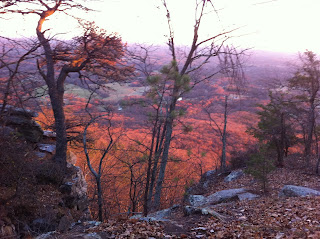 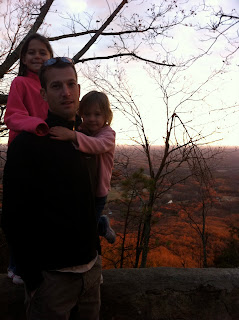 Thursday ... Thanksgiving dinner. Spent most of the day cooking with Kim and Duane. Then I got to hang out with some of their friends for dessert. 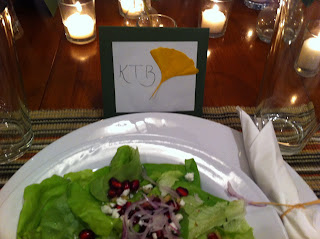 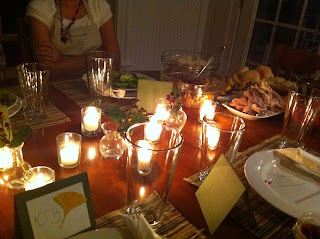 And then it was over. I came home Friday and put up my Christmas tree.
Posted by Katy at 8:40 PM 1 comment: