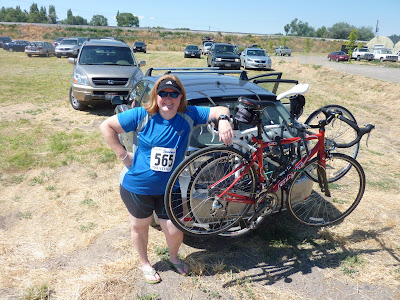 Last week at this time I was pumping up my tires, setting out my shoes, and trying to squeeze into my wet suit for my 7:30 AM start time.

This was my first Olympic distance triathlon and I was nervous. I knew I could do the 1 mile swim and the 26 mile bike ride. But to run about 6 miles after both of those events was going to be hard and I was right.

SWIM ...
One of the reasons the Spudman is such a popular event is because the swim is so easy. I had never swam a whole mile in open water before, only in a pool, so I wasn't sure what to expect. Well it was a great swim, very refreshing, and over before I knew it.

BIKE ...
The bike was fine. The course was on mostly flat, country roads. It just took a while to complete. I am slow and so I may have only passed one or two people the whole ride. I was passed by numerous bikers from heats after mine. This was actually a great thing because so many of these bikers that passed me gave me words of encouragement. These triathletes are a friendly, nice bunch. My friend, Ryan (the Ironman, swim coach), passed me and his heat was 30 minutes behind mine. 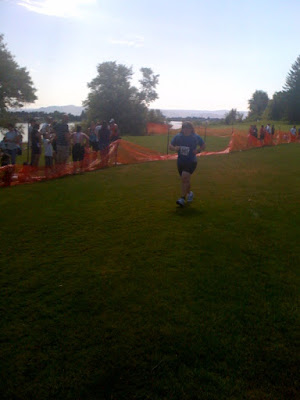 RUN ...
I parked my bike at the transition station and my legs felt like jello. Are you kidding me that I have to run 6 miles now? And in the heat? This was by far the hardest part. I probably ran about 50% of the course and walked the other half. I just didn't have enough in me. I didn't feel too bad because there were a lot of walk/joggers around me and most people seemed to be struggling. I think most of the tough runners had already passed. On the run I saw my friend Emily who was cheering on her husband, Aaron. She snapped a few photos of me: 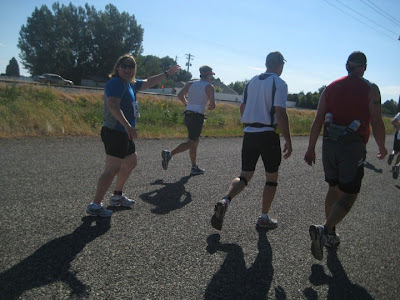 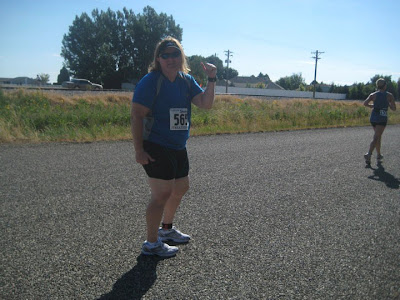 It was fun because a lot of the people that live along the run route in Burley, ID were out spraying down runners as they passed. I loved that. It felt good.

I was happy that there were so many heats and that mine was toward the beginning ... it is possible that I could have come in last. 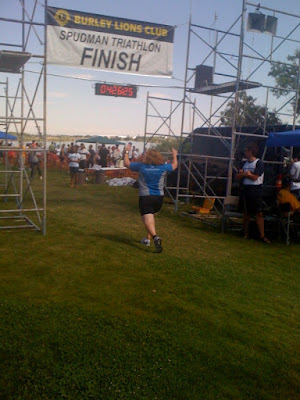 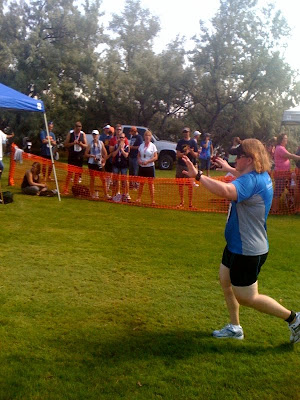 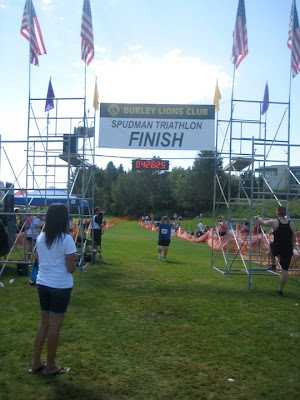 I did finish the race and boy was I glad to have that over. The night before was fun because Liz and I ran into Ryan and some of his friends and we ended up sleeping at Hailey's house in Burley which was very convenient, much more convenient than what we had arranged. It was fun to meet such nice, fun people who were also gonna do the race the next morning. 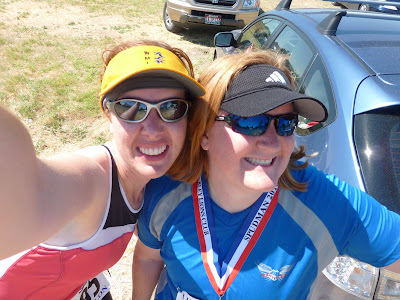 We drove home right after the race and I ate the potato they gave me for dinner. I went to bed at 9:00 PM that night and slept better than I had in months. I'm going to try and get in again next year and my goal will be to run the whole time. 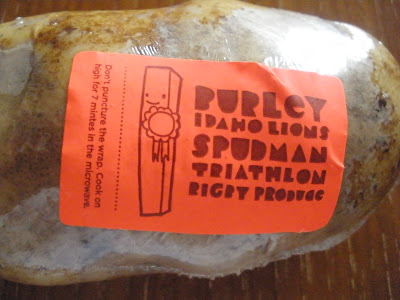 Pictures courtesy of Emily and Liz Great pictures, and I love that you have already set a goal for next year. What an AMAZING accomplishment. I don't know anyone but you who can say they have completed an event this size.

I am just beaming with pride right now. I feel partly responsible for your success because who's believed in you? Who always said you could? Who never gave up on you? Who promised you that you'd do a half and an Olympic within the year? This is actually all about me if you think about it. I love that you did it and I love that you're so into it. And that it's all because of me.

Plus your hair looks H-O-T.

Happy Birthday tomorrow if I forget but oh wait I already sent you the best present ever so I can't wait to see what you get me next year.

You are amazing and awesome! Good job lady!