I'm going to give my take on each of the comments some of you left on this post. 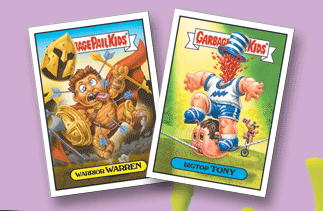 First of all ... Ann Dee said I used to collect Garbage Pail Kids. This is true. I did this in fourth grade. And yes I thought it was so cool when Candace Cameron (who played Eric Stoltz' little sister) was playing with the cards in a scene in the movie, "Some Kind of Wonderful." 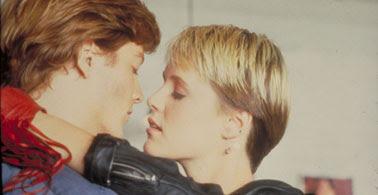 Recently this movie was featured in the new movie, "He's Just Not That Into You," and I am not embarrassed to admit that I knew every word in the scene they had Ginnifer Goodwin (who was my favorite by the way) watching when she was home alone.

This movie was also recently featured on Holly's post.

I love this movie for so many reasons ...
Some how this post turned into a post about the movie rather than the garbage pail kids. Oh well.
Posted by Katy at 5:12 PM

ok i missed this one but i have to add...If you EVER borrow something of katys she writes it down, and then when you return it she marks it returned. I love it.If you happen to go over you time limit expect a polite phone call. HAHAHAH

plus I swear she knows every word to every song ever recorded.